What have Brexit and England in the 2016 UEFA Euro Cup in common? Defeat for some, happiness for others. What have David Cameron and Roy Hodgson in common? A sad resignation for some, the beginning of a new era for others.

Having a crucial referendum and an important football match within just a few days can have massive impacts on their outcomes. The overall assumption, that if England got kicked out the Euro Cup before the UK’s EU referendum more people would have voted forleave,is thankfully not relevant as it was not the case. There are nevertheless some interesting parallels of the EU referendum and England’s performance in the Euro Cup. 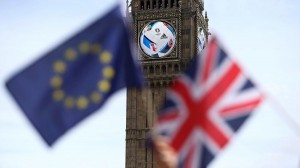 The last couple of days have been very eventful, yet also tempestuous and chaotic. Towards the end of the campaigns around the UK’s EU referendum, which took place on 23 June 2016, tensions between the Remain camp and the Leave side heated up. The tone of campaigning on both sides became as ugly as the behaviour of supporters of the English national football team. Politicians and many others involved in the Brexit/Bremain campaigns made unattainable goals and promises, and triggered a high number of xenophobic comments around the country which have seen significant increase since the announcement of the win for the Brexit camp.

On the other hand, English football fans have done a great job in receiving more attention than their football team. Even before the kick-off, English football fans clashed with the counter-parts on the Russian sides on 11 June in Lille. With the elimination of the English team as well as others who had troubles with their supporters, hopes are high that the upcoming matches will focus rather on football than on clashes among hooligans.

Interestingly, both the EU referendum and England’s participation in the Euro Cup have resulted in what was against the odds, at least if you believe the Evening Standard, Politico and alike.

So, what has been happening since the outcome of the EU referendum and England’s elimination from the Euro Cup? The Prime Minister David Cameron has resigned, hence the UK is in need of a new Prime Minister, both the Conservative Party and the Labour Party have entered a state of internal fragmentation, and the country’s economy and society have stepped into a stage of uncertainty. Similarly, Roy Hodgson has also resigned as manager of the English football team and thus it is looking for a new manager to replace him, England has yet to wait for a victory in a major football competition since it became world champion in 1966, and English football has soon to deal with the consequences of Brexit, i.e., with the future of its numerous players from the European mainland.

A week after the UK’s EU referendum and just a few days after England’s departure from the 2016 Euro Cup, some lessons can be learned. First, being a partial England football supporter watching the Euros has not been much fun, especially thanks to the ‘humiliation’ about which the media is talking about. Now some are putting their hopes on Wales. Second, the contributions in the media about British politics has increasingly become monotonous — actually, this was already the case before the referendum was held. It is now time to focus the attention back to other issues, such as the current migration and refugee crisis, ongoing outbreaks of armed conflicts in Syria and Iraq, as well as the desperate need of people in South Sudan. Third, it is also time for the European Union to rethink its origins and its founding ideas. The UK is not the only country with fragmented perceptions and similar referendums might be expected in the future in any of the other 27 member states. Lastly, a final lesson learned is that referendums of such importance should not be held again during a major sports event — winning and loosing can have impacts on political elections and referendums.

Nele Marianne Ewers-Peters is PhD Candidate and Teaching Assistant at the University of Kent, Canterbury.